Why Do People Vote Against Their Self-Interest: Take 2 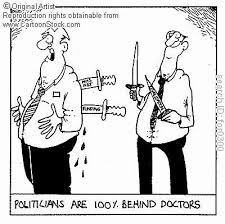 My esteemed colleague Daniel McKay here at ideafart asked a thought-provoking question in one of his posts. “ Why Do People Vote Against Their Self-Interests?” The answer to such a question is more ambiguous than meets the eye. Though self-interest may vary from one individual to the next, nonetheless, many people perhaps through their certitude choose to discern for others what self-interest should take priority for them at the ballot box.

This question perhaps stems from the concern that there are a lot of people across America, particularly in the South, a region with some of the poorest Americans Per-Capita, yet their choice of political Party (Republican) is rather flummoxing for many Americans to digest. The problem is, there’s a perception in this country that the Democrats are the ones who are more concerned about the plight of the poor and the middle-class, while the Republicans are viewed as ambivalent-if not hostile towards the interest of the poor.

Here is a bit of revelation; the vast majority of Americans vote against their interest every time they go to the ballot-box. Most people who are Democrats or Republicans don’t agree with their Party on every issue. Rather, they share enough in common with a particular political party that it would suffice if they were labelled Republican or Democratic.

Does a Democrat who disagrees with his party’s tax policy but yet is proud to be a Democrat because of his party’s stance on the social issues, particularly issues that are non-negotiable for him, is he or she voting against their self-interest? The answer is yes; variations of this scenario are what play out every election year in this country. Albatross as it may be, the fact of the matter is, folks pick and choose which issue(s) are non-negotiable for them in a political party and they make their decisions based off this information.

Now, I shall be remiss if I don’t mention those miss-informed voters, those who vote against their interest because of hypocrisy and ignorance. Remember the now infamous “60 Minutes” story of the Tea-Party member who was bound to her wheelchair by an illness and on oxygen paid for by the government (Medicare). But despite being on government assistance, nevertheless, she hypocritically protested against big Government spending and “Obama-Care,” among other things. This woman in essence had been kept alive by the very government that she sought to unseat.

Poor people across America may vote Republican because there are possibly other issues that trump their pocket books or puts food on their table. Social issues like abortion and gay marriage may be an anathema for them politically because of their religious or cultural views. It’s not compulsory for a rich man to be affiliated with the Republican Party; neither is it mandatory for a poor or middle class person to be a Democrat. We all make our decisions based upon our most important self-interest.

If a poor person votes against his economic interest, maybe he or she is more concerned with fulfilling his or her religious obligations by saving his soul from perceived eternal damnation, which is why he may support a candidate(s) whom he believe sides with “life.” Now, whether said voter is right about the Republican Party or not, that’s a topic for a different blog post.

One comment on “Why Do People Vote Against Their Self-Interest: Take 2”