One can go back decades in the archives of American political history in search of a scenario where a Vice Presidential Debate has altered or influenced the outcome of an election and come out empty-handed. But this time could be different; the stakes perhaps are higher than they’ve ever been, amplified by the President’s peculiar or rather tenuous debate performance. Since then the Obama campaign has being anxiously waiting for an opportunity to repair the President’s some-what diminished status in public opinion.

Hence, the challenge for Vice President Biden during this upcoming debate; he has to defend the President’s record with passion vehemently, as well as play the customary “Attack Dog” role by exposing the Romney Campaign’s perceived misrepresentation of the truth. This upcoming debate on Thursday Oct. 11, 2012 could potentially be the most watched Vice Presidential Debate in history. For two Titans of contemporary American Liberalism and Conservatism are about to engage in what amounts to political pugilism in an attempt to ingratiate the American public to their respective Candidate’s vision for America. 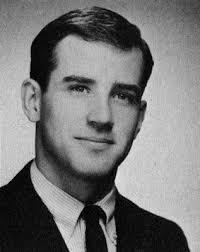 Vice President Biden is a seasoned political veteran, one who has been in the trenches for liberal causes. His breath of experience is astonishing, a career enduring forty years in American Politics, thirty-six of which was spent as a U.S Senator from Delaware. Vice President Biden is a very affable guy, an old-school politician with “Blue-Collar roots.

He became a U.S Senator at age twenty-nine, the sixth youngest at the time. The then young Senator had to wait until his thirtieth birthday to serve in official capacity. He has weathered unspeakable personal tragedy with the death of his first wife and daughter in a car accident. Consumed with emotions, he contemplated relinquishing his seat  while at the  hospital bed of his two sons who were also injured in the accident.

Congressman Ryan too is from a “Blue Collar” background and has braved personal tragedy with incredible resilience. When he was sixteen he lost his father and the family went through some hardships. Nonetheless, he persevered and became a Congressman at the age of twenty-eight, an impressively young age. Congressman Ryan is a brilliant man but he was just two years old when Joe Biden became a Senator. Vice President Biden has had forty years to master the art of politics, especially against an opponent who hasn’t run for state-wide office or had a competitive opponent since he became a Congressman.

The winner of this upcoming debate shall depend on which Paul Ryan shows up. Unlike his running mate at the top of the ticket, he is less known for his ability to fold himself into a political pretzel. He’s known as a policy wonk, a numbers guy with Tea-Party leanings. But if the real Paul Ryan shows up and allows the Vice President to sycophant and lure  him into a fight about his Record, he will face an avalanche of Attacks from two fronts. He’s will be attacked on his record as well as on the policies of the ticket or lack there off. And when that happens, any perceived ability to be erudite on policies may count for nothing, because he might be on the defensive for the duration of the debate. I suspect Joe is going to throw every thing at the Congressman, including the kitchen sink and some knives just for effect.

Something rather fascinating is going on with public opinion as it relates to who may win Thursday’s debate. The Debate gods have either smiled on Joe Biden or Vice President Biden’s reputation for being a gaffe machine have caused many Americans to grossly misjudge his chances of winning Thursday’s debate. In any event,  the Vice President ought to say thank you to whoever is responsible.

People forget that during the last Democratic Primary Debates, Joe Biden out-debated all of the Democratic Candidates, including then Sen. Obama and Hilary Clinton. The only problem was he couldn’t get any tracking in the polls. On Thursday night, Vice President Biden will be the only person on stage who has run a state-wide election and won consecutively. The only one with extensive foreign policy experience, and the only one who has been on such an elevated political stage, a considerable advantage almost ignored by public opinion.

Apart from Congressman Ryan’s serendipitous conversion to a “Budget Hawk,” he hasn’t shown any indication that he is an excellent debater on issues decoupled from austerity or our financial crisis. A budget hawk of convenience who marched in lock step with President George W. Bush, digging our Nation Deeper into debt with two wars and several programs unpaid for. Now he pretends as if the Republicans left office a decade ago and the mess left for President Obama by his predecessor are of his own doing. Congressman Ryan has an incredible knowledge of the issues; but so does the Vice President. I have no doubt that Vice President Biden shall ask the questions President Obama failed to ask during the last debate, and do so he shall most stridently.