In a controversy befitting a Shakespearean drama, Gov. Chris Christie (R-NJ) is now embroiled in a scandal which threatens to ruin his governorship, and soil his reputation along with his Presidential aspirations to disastrous effect.

The governor came under-fire from critics when one of his acolytes (Aide) in his office, emails and text messages turned over to the New Jersey Legislature seemed to suggest that the lane closures in Fort Lee, which lasted for four-day, creating traffic gridlock in Fort Lee and across the George Washington Bridge was a responds to the Town’s Democratic Mayor for not endorsing Christie during his recent Reelection bid.

Christie, immediately in an ostentatiously resolute manner fired the aid in question, and in an attempt to stay ahead of the story conducted a press conference which lasted for more than two hours.

During his Press Conference, the governor did a lot of apologizing and quickly denied ordering or having any knowledge of the nefarious activities allegedly conjure up by his aid(s), and vowed in an admonitory tone to take immediate action on all those involved when it becomes apparent. And now to add insult to injury, the Governor on a separate charge is now being investigation by the Justice Department for misusing Hurricane Relief Funds.

Democratic lawmakers in New Jersey as well as across the country, who – I don’t have to tell you, are no fans of Gov. Christie. They are beside themselves, Flummoxed perhaps at the governor’s denial of duplicity in this whole affair.

Liberal Columnist of the Washington Post, E.J Dionne echoed Democrats suspicions of the Governor “there’s a narrative of Gov. Chris Christie out there which suggest that he is a bully and he plays by his own rules.”(PBS-New Hour) 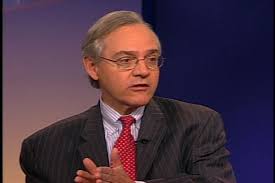 For example; when formal Gov. Romney (R-MA) tried to vet him for Vice President in 2012, Gov. Christie was too cavalier about turning in his documents, often missing deadlines or withholding crucial information, not to mentions his well-publicized harangues of often derisive individuals, be it reporters or constituents alike.

There’s a narrative about Gov. Christie among Democratic Politicians, they believe, if Gov. Christie is indeed innocent, and didn’t have any knowledge of this fiasco as he claimed, then there must be a culture that exist in the governor’s office which suggest that said action taken by his aid(s) was appropriate.

So the seemingly unpolished Straight Talker, a rare trait in a politician; an attribute Chris Christie is admired for on a bipartisan basis, ironically is the tool now being used by his opponents to hang him.

Prior to the “Bridge-Gate” Scandal, I was never a huge believer that Gov. Chris Christie if he decided to run in the next Presidential Election, would eventually go on to be his Party’s Nominee. Even if that was the case, Sec. Clinton is likely to run in 2016, he would have her to contend with, and I don’t envision him being victorious in such a scenario.

Though, I must concur, it would take Republican Politicians like Gov. Christie to win a Presidential election in America’s rapidly changing demography. But first the Governor must weather this scandal, not necessarily unscathed, for that’s highly unlikely at this point.

His goal should be to brave this storm with minimal damage, because damage has already been done to his image irrespective of the eventual findings of the New Jersey Legislature and the Justice Department.

These Scandals aren’t yet fatal for the Governor, but any inkling of impropriety on his part in either of these investigations would be the deathblow to his political career. Far-Right Republicans who were highly wary of  an East-Coast Moderate Masquerading as a Conservative before Governor Christie  Embrace the President during his tour of Hurricane Sandy, which in their view, helped Mitt Romney lose the 2012 elections are sure not running to his aid now.