By
The Muslim world erupted over a movie that denigrated the prophet Mohammed:

Every peace-loving individual in the world ought to denounce this daft and disconcerting movie, and they must do so emphatically with a degree of discomfiture, because we expect people’s love for God or their religion to be impregnable. But the violence perpetrated in muslim countries as a result of this movie must be called out for what it is.

It stems from a gross misconception of one the most fundamental of democratic principles; “The Freedom of Speech.” When one lives in a society encumbered by all of the symptoms of totalitarianism, there are elements of delusion about government unscrupulousness which persist like a putrefied carcass in the summer heat. Especially, in those countries with a dubious record on democracy and human rights.

As a result, those of us who are fortunate to live in a democratic society shouldn’t be surprised when nefarious or reactionary zealots are ignorant of  the differentiation between government’s action(s) and those of free citizens. Though the United States Government had absolutely nothing to do with this movie in question, nevertheless, the US is being blamed rather unfairly for the unilateral action of an ill-advised individual.

This may be an incredulous argument for many in the muslim world to digest, but the “Freedom of Speech” especially protects those speeches that we find to be offensive or objectionable.  It is easy to protect speeches that are palatable to the public. Folks say contemptible things about christianity on a regular basis in this country.

Many of these sacrilegious speeches about christianity or religion in general seldom even make the local news, because we recognize an individual’s constitutional right to make such a speech, unless said speech infringes on the rights of others. The political satirist Bill Maher and the Late author and Columnist Christopher Hitchens, both have made comments about religion or christianity that many believers would find blasphemous.

Christians didn’t call for their be-heading or engage in violent protests that are more symbolic of mass hysteria. There is this peculiar feeling which hovers over the emotional reaction to this abhorrent movie, as if  reactionary muslims were patiently waiting acrimoniously in an extremely volatile state, waiting to be offended. 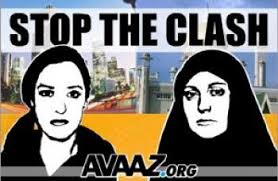 What we have here is a clash of cultures, a thirteenth century islamic culture which perhaps was always envisioned to be intertwined with the islamic religion at all cost vs. America where our founding fathers went to great lengths to create a constitution which separates church and state. I believe Islam is a peaceful religion, because like Christianity or Judaism whose followers the Koran describes as “People of the Book,”  Islam teaches morality and a closeness to God, meant to save the wicked and the unrighteous from the infinite inferno of hell. The problem with Islam is:  It has an atrocious public relations problem.

The voices of reason are being drown out by tempestuous followers with an extreme and deprave ideology. Muslim leaders must take heed. For the islamic religion is insidiously becoming synonymous with extremism and violence. Just because Christians or Jews don’t react in violent protest every time their religion is insulted doesn’t mean they revered God any less.

The almighty God doesn’t need his followers to defend him, he would prefer his followers to be more prophetic in their dealing with non-believer or the unrighteous. God is all-powerful, thus he is more than capable of defending himself. Lastly, we live in very volatile times. We can’t afford for the actions of one man to throw us all asunder. Islamic reactionaries need to practice a little equanimity, because every time the Islamic world erupt like they have many times, they voluntarily succumb to the whims of malevolent agitators.

2 thoughts on “A Word to Islamic Reactionaries: Practice Equanimity!!”